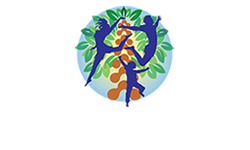 He then continued his studies to achieve a post-graduate certification in the Atlas Orthogonal technique from Sherman College. He holds a fellowship from the International Acupuncture Medical Association and is also certified in Applied Kinesiology, Quantum Neurology, and Active Release Techniques.

Dr. Corsello became interested in Atlas Orthogonal Chiropractic while in college. During his senior year of high school, he was involved in a car crash in which he suffered a grave neck injury. The pain was so intense he couldn’t swim, which was a big deal to him since he was accepted to the University of Tampa on a swimming scholarship.

A friend in Florida recommended a doctor who took some x-rays of his neck and head and then treated him with the Atlas Orthogonal (AO) technique. He hardly felt a thing, yet the treatment left him pain-free. And more importantly, at the time, he could swim again. He was so impressed with the “miracles” he saw in her office that he decided to go to chiropractic school himself and become an Atlas Orthogonist.

Today, he is one of the few AO doctors in the Northeast, and people from as far away as NY, RI, and MA come to our office. He has successfully treated thousands of patients with many health issues.

Dr. Corsello became committed to correcting the cause of chronic illness after he was diagnosed with ulcerative colitis. The limited ability of conventional medicine to understand and treat this condition inspired him to further specialize in advanced structural corrective care of the spine and neurological system in order for his body to heal the way it was designed to. It has become his life mission to share this gift of hope and healing with his patients.

Dr. Loy has always enjoyed helping others attain and enjoy a healthy lifestyle. A multi-year Academic All-League lacrosse player at Springfield College, he earned his undergraduate degree in Athletic Training. When Dr. Loy encountered a neurologically-based chiropractor, his career path instantly changed, and Dr. Loy enrolled in the doctoral studies program at Palmer College of Chiropractic.

He works with patients and a team of diverse healthcare providers to address all of the body’s systems, and to help patients of all ages and fitness levels to take control of their own health so that they “get well and stay well for life.” 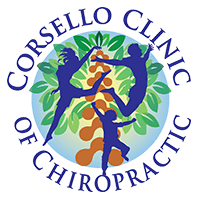